How sick is that Rodney Torres photo at JFK we used in our Rodney Torres interview? Well Ryan Zimmerman is the man behind that photo plus many other amazing shots. We had a chance to have Ryan answer some questions about skateboarding, photography and New York for our Q&A feature, check his answers below.

What year did you start skating/photography?
Skating must be about 1986, I was in 3rd grade. As for photography in 1999 I got shoulder surgery and was out of pretty much all skating for the summer, my dad gave me a camera and I started shooting around. In 2003 I started school and began actually lighting stuff and shooting medium format film etc.

Film or Digital? Digital for work, film I shoot a bit but only process it a couple times a year.

Sequences or cover shot? Cover but sometimes a sequence can be necessary.

In the viewfinder or post (edit/crop)? I try and do what I can in camera but there is always bit that can and should be doen in post.

Aperture or Lightroom? Lightroom or Capture 1.

Stop down or wide open? Depends on the image, but for skating usually stop down.

What’s your favorite spot of all time? In NYC? All time Art Institute in Chicago, NYC that’s hard, NYC is rad because of the constant new stuff. But I really wish I had skated Payne Weber before it was thrashed, it’s still fun but I bet.

Where would you like to skate/shoot/visit in the future? Camping skate trip tour is old news but I wanna go, I also really wanna get back to Japan as well. I’m down to go pretty much anywhere.

Who do you like shooting in NYC? My portfolio is pretty heavy on the Torro guys but I just like to shoot rad skating, I’m pretty busy, and skaters(me included) are notoriously bad planners. I always have fun going out with the Bodega guys, Nick Sassa, Mike Powley, Rob Campbell is rad.

Camera Setup?
First: A Pentax AE Superprogram, my dad gave it to me… I still have and use it
Last: I last purchased a Nikon D700

Skate Website?
First: Crailtap.com,
Last: NYSkateboarding.com (I was just reading abou the new bank at the BQE alreading getting destroyed)

Skate Crew?
First: I was just in Michigan chilling with what I’d call my first serious skate crew, some of them are still skating but not many, The Uprise homies in Chicago are probably my earliest skate crew where most of us still push,
Last: Last crew I went out with would be the Torro cats (Rodney Torres, Leo Heinert Joseph Gil, and Dennis Miron)

Published?
First: Would probably be Juice Magazine
Last: May have been some John “JTMR” Reeves images were used by Steez Magazine, there was a Bodega ad after that but I think that FTK got hit hard after Hurricane Sandy and it’s an online magazine now

Trick?
First: Either a boneless or early grabs off an old launch ramp,
Last: I’m pretty safe to say would be a slappy somewhere while in transit, gotta love New York’s metal curbs. That being said if I can hold onto BSTS’ and get a quick trip to treville these days I’m a happy dude

Skate Spot?
First: would been this bank to fence in Michigan at St Joseph’s Church, was on top of this steep hill so every time you left you got to bomb it it was rad.
Last: May have been a 8 or 9am ish LES Session solo.

Any plans for 2014?
I’ve been grinding hard the end of this year. Put a book together, a lot of new web content, trying to show my book etc. That being said, the most important thing to me is to stay stoked on creating and keep producing a product I am happy with. If not what’s the point. 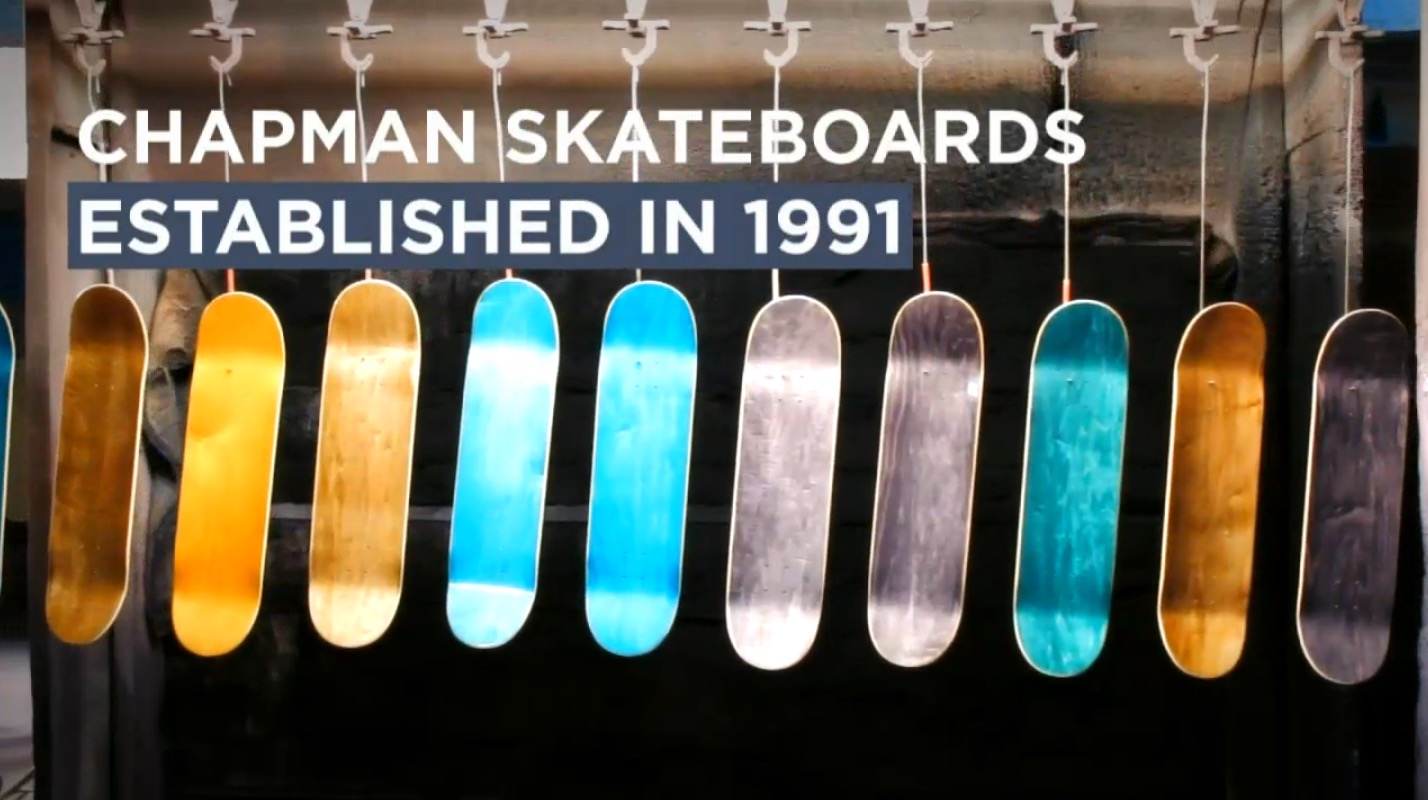 Made In America: Chapman Skateboards (2015)