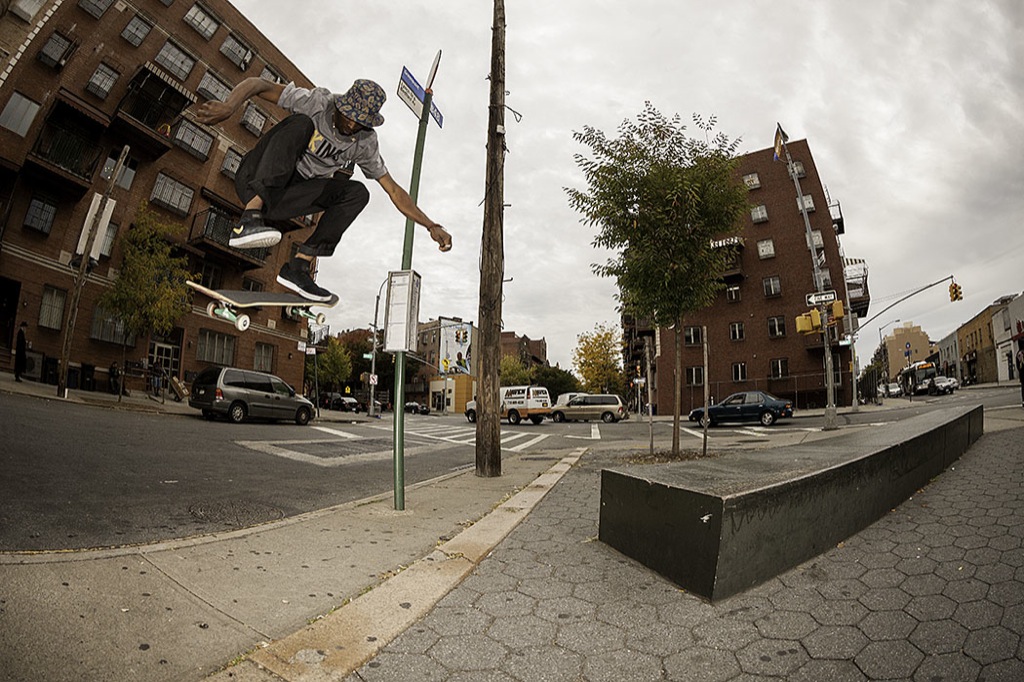 Dave Willis aka “Black Dave” has been getting mad hype on his board and on the mic. We caught up with Dave to do a little Q&A to find out whats up with the infamous Bronx native rapper and Zoo York AM. All photos via Sean Cronan.

NYSB: First off how did your alias’s come about – Black Dave & Black Bart?
BD: Black Dave was a nickname that was given to me by my homies. It was a very diverse group of skaters, all races, but for some reason my personality dubbed me “Black Dave.” Dave is also not the most common name for a black dude. The “Black Bart” alias to me is labeling myself in the current music industry. A skater that dresses how he wants to dress, says what he wants to say, and doesn’t conform to his peers or what’s “cool” at the current point in time

NYSB: How did you originally get into skateboarding?
BD: Growing up in the Bronx, NY not many people if anyone was Skateboarding when I began back in 2003-2004. I was Riding Bikes, Playing Baseball, Basketball, like every other kid. I hated all the coached and organized sports and how we did the same thing everyday. I saw people Skateboarding whenever I would go Downtown Manhattan. I was so interested, they looked so happy and free. I begged my Pops to buy me a board and it was on

NYSB: You’re a Bronx native, what was it like growing up skating in the BX?
BD: No one was Skating in my area at the time. Everyone would always scream “Yo Tony Hawk, Yo Whiteboy” Now all those people love Skateboarding and know every trick name, it’s crazy

NYSB: Tell us a little about how your relationship with Zoo York began?
BD: Around the Summer of 06-07 I was skating in NYC and putting out independent videos with a crew of homies. We traveled around NYC and put out videos every month of our travels. One day I got a call from Ben (Oleynik) at Zoo saying he liked what I was doing and wanted to start flowing me boards. I felt blessed and immediately made it happen. Met the Team, the filmer RB Umali, the photographer Sean Cronan, and it was amazing chemistry from there. About two years ago, Ben took over the entire Zoo marketing program and began to create a new video “True East”. During traveling and filming for the video Myself, Travis Glover, and Kevin Tierney turned Am for Zoo, started getting ads and traveling, it was an amazing opportunity.

NYSB: What’s your favorite part in the original Mixtape?
BD: The opening Montage when the DJ lays down the record and the Montage starts, then switches the beat and is another montage. Whole time with cuts of him spinning in between, such classic footage and classic spots. New York Skateboarding.

NYSB: The King of New York video just dropped, what trick are you most stoked on in that?
BD: Definitely Brandon’s front Lip on the bump curved rail. Shit was crazy!

NYSB: What spots do you skate most these days here in NY?
BD: I like finding new spots and also skating classic spots that sometimes get passed up. The whole city is a skate spot.

NYSB: You grew up skating the Brooklyn Banks, can you remember your first experience there?
BD: Yeah my first experience was all I built it up to be. Once you get 2 blocks away you can already see the Banks and immediately get the rush to start skating. It was a bit harder to skate then I imagined, but you get used to it.

NYSB: You’ve been on the come up in the rap game. How did you get into rapping?
BD: Thanks bro! I’m originally from the Bronx the borough that created Hip-Hop. I grew up with the music around me all my life. I look at hip-hop now as another way to speak to the people and give them a positive insight on my life and adventures.

NYSB: How did you end up working at NYC’s oldest skate shop – Supreme?
BD: R.B Umali introduced me to Charles Lamb and he put me on the shop team, I kept a good relationship with Charles and they thought I was great for the Shop as a Full time employee. I don’t work there anymore i’m taking time off to Skate and work on music. That’s still fam though shout’s out to Supreme. 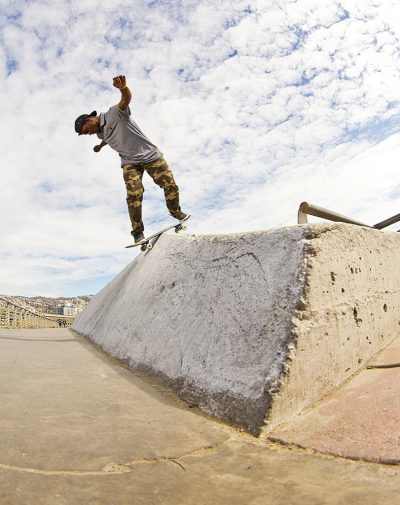 NYSB: Any plans or goals for 2014?
BD: Keep Grinding, Film a Full Zoo York Part, Drop a Full Lenght Album, Tour for Music and Skating, Get My License. That’s Pretty Much It.

Thanks to Dave and Ben at Zoo for making this interview happen. Check Dave’s footage in Zoo York’s latest video “King of New York” and follow him on Twitter (@BlackDaveNYC) and Instagram (@blackdave). 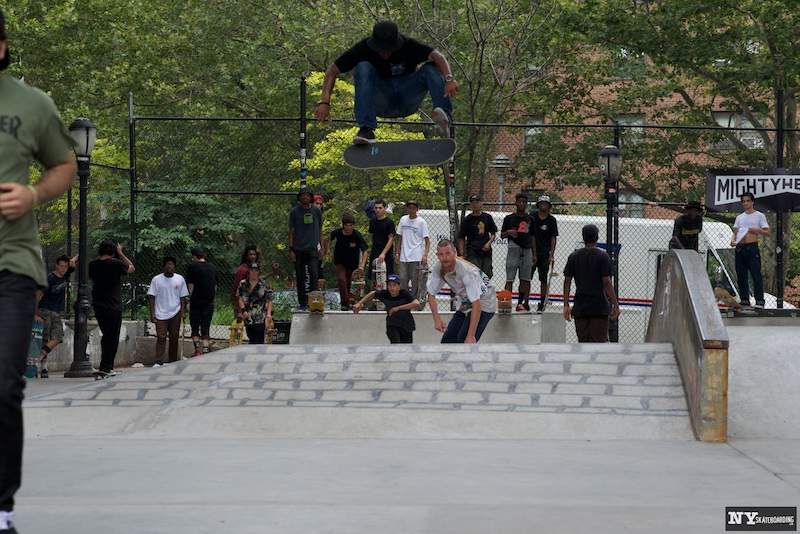 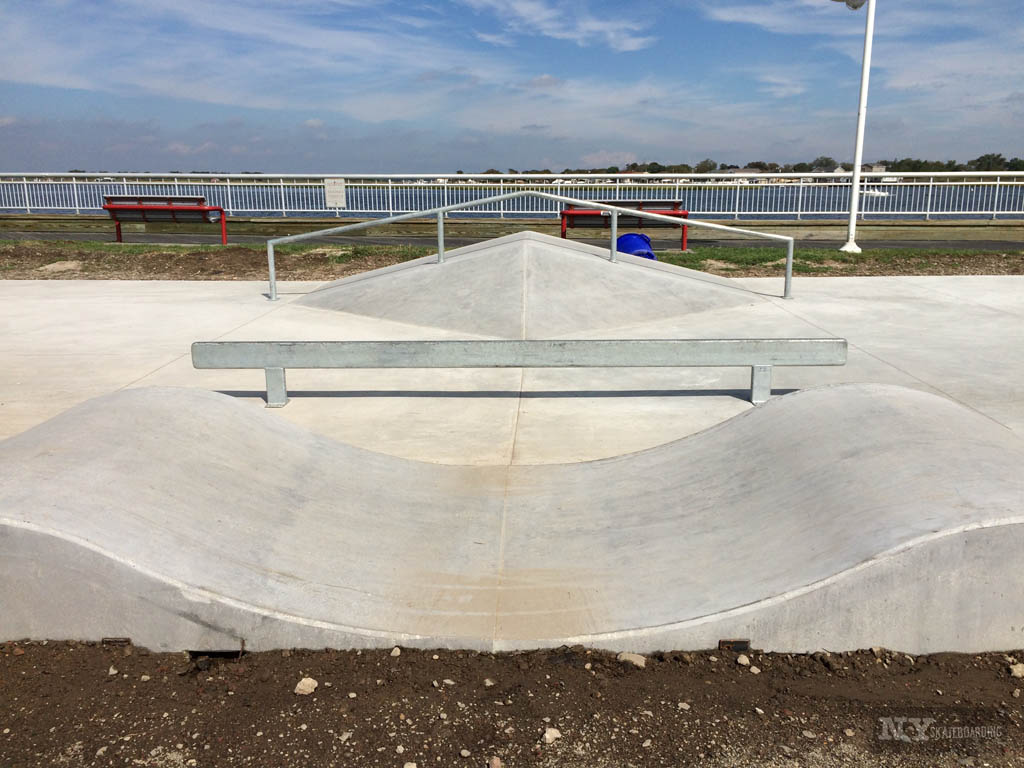 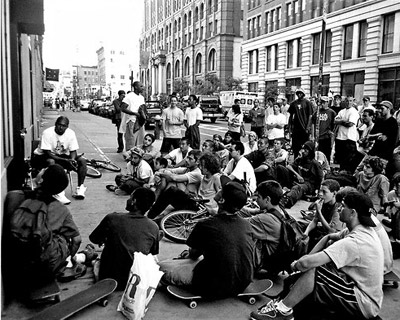