Blending the already blurry line between art and skateboarding, Corpse Corps boards of Brooklyn make coffin shaped decks ready for the ripping. After an official launch in late October of this year, co-founders Drew McKenzie and Jordan Walczak have built a small arsenal that includes a 9″ deck and a 10″ hand cut and painted cruiser, all made of pure American Maple. To avoid being cast aside as a novelty, each board is defined by proper concave that’s meant to be skated, not just hung on a wall. And if you don’t believe me take a look at the many flicks of McKenzie ripping a Corpse Corps deck to hell and back (all properly framed by Walczak of course). We recently sat down with the minds running the Corps to get the full story behind this artist driven endeavor.

Q: So what’s the deal? Give us a quick run down of how Corpse Corps started.

Jordan Walczak- We started in the basement at Drew’s apartment in manhattan with a quick idea of hand cutting our own boards. Our original plan was to simply make a unique skateboard, and after some experimenting we ended up with a coffin shape. We got some money together, found a board supplier and went from there.

Drew McKenzie-It was the winter so it was just something to do while we weren’t skating.

Drew McKenzie
Q: Is the whole production process based in NYC then?

D-Once we really got going with the concept we moved the production to Brooklyn. We cut the American maple plys at a wood shop near the naval yards in Red Hook. Then do the screenpritnting back in Bushwick. Then we coat the polyurethane and do the graphics at Jordan’s house, on the roof.

Q-Tell us a bit more about the shape; what’s it like in relation to a regular board and how does it skate?

D- The 9″ is similar to a Zip Zinger in that the wheel base is smaller by an inch or so than your average board. At the widest point the board it’s 9″ across, right where your front foot would be so it’s perfect for pushing around the city. The tail is the same length as a regular board but the nose is a little bit stubbier. But it’s got plenty of concave for a whole list of tricks… I wouldn’t say it’s steep enough to nose blunt on but you can pretty much do every other trick. I can skate it bascially like a normal board now, so it’s nothing sketchy.

The 10″ pays homage to the old school days—its a little bit longer and a little bit wider. But the wheel base is the same as a regular board so it skates like a Cadillac. You can do flip tricks on it but its more at home skating a bowl. These are our hand cut ‘slick models’. We polyurethane it by hand to help the hand painted graphic last and to give it a slick old school bottom.

Q-You officially launched with the Open Casket art show at LES’s Coat of Arms last month, how’d that come about?

D- We wanted to have a launch party and we thought it’d be have a good time to display the creative side of CC so we together a bunch of artists [Nicholas Gazin, Greg Mishka, Bill Connors, etc] and had them draw on black decks. With these we put together an art show, got a booze sponsor and had a bunch of the skate community come out for it. It was a good accumulation of our interests, we had graffiti artists, tattoo artists, designers, comic book artists from all over the US—Florida, Minnesota, North Carolina, New York—all chip in on the show and help us build our network of people with similar interests.

J-Skateboaridngs more than just skateboarding, it’s a whole subculture. It’s an umbrella for people that do alot of similar ventures so it was cool to reach out to people who do tattoos or paint and draw cus alot of skateboarders do that as well. So we feel like it was a cohesive bunch with all different types of creativity. No one had to define it one way or another, it was just something like a collective.

D- And we are going to stay working with most of those artists, that’s our goal—to have it be a familia sort of thing… the corps.

Q-Who does the graphics for the current supply? What can we expect in the future?

J-I’ve been doing them for right now, just to have a foundation to build off of. But we definitely want to reach out to different artists to collaborate on graphics in the near future though.

D-We definitely have our stakes set high on people we aspire to work with too.

J-Everyones been pretty impressed with the work we got together for our launch party so I think we’re off to a good start to working with more good artists.

Q-So are you cutting up the boards cus no one else in the industry is doing it like this?

J-There have been other coffin shapes out there before but we wanted to refine it for ourselves, it’s something that is both a fun shape and fully skateable.

Q-What’s the best thing about skating in NYC?

D-The fact that everything is made of concrete. Once you step outside there’s no barrier between you and where you’re trying to go. Be it sidewalk, park or street, everywhere you look is just sprawling concrete perfect for pushing through.

J- Probably that ollie, that was pretty crazy. Or that back 180.

J- The kickflip over the hand rail was pretty sweet too.

Q-What else is in store for the near future then?

D-We are selling retail online and in the works with getting them into a bunch of shops both locally in New York and nationally. We’ve also got a line of soft goods coming out now- T’s and Hoodies. So we got plenty in store to come.

J- As for now we’re just getting our foundation locked in.

Graham Hiemstra is an NYC transplant hailing from the Pacific Northwest. His writing and photography can be found on CoolHunting.com, Yobeat.com and in Transworld Business Magazine.

NYSkateboarding.com is powered by the community. If you would like to contribute please contact us at [email protected] 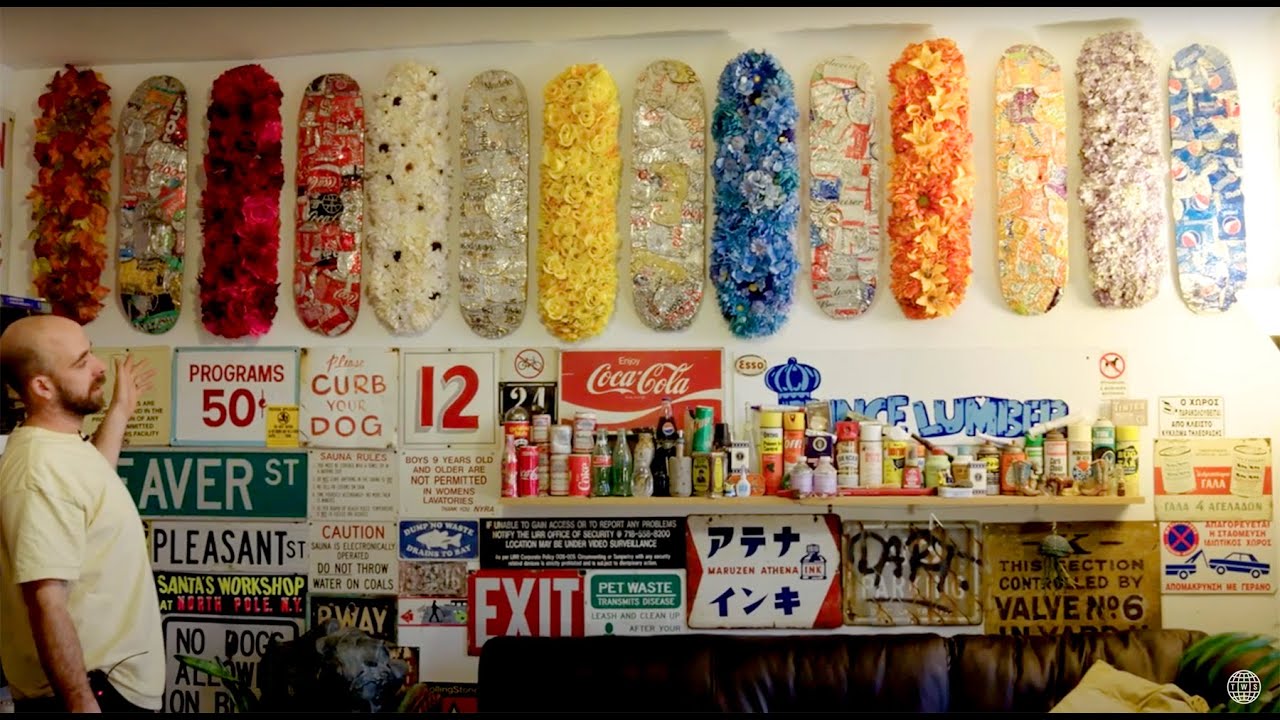