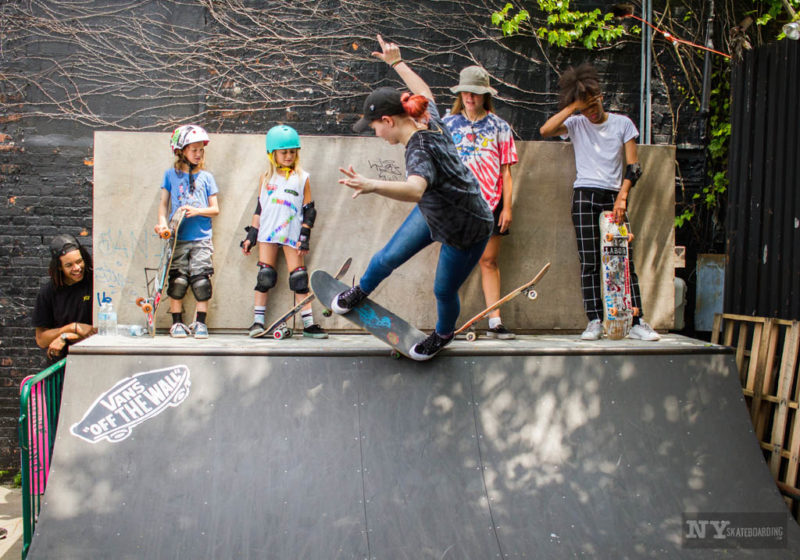 I was fortunate enough to have the opportunity to attend Girls Riders Organization’s 10th anniversary at the House of Vans in New York and it was definitely one for the books! I will never forget about the experience. All of the great/positive energy from the NY skaters and all the girls I met was immense.

I’ve been skating for about 9 years now and currently reside in Los Angeles, CA. I’m originally from Detroit, MI. I was introduced to GRO in my 2nd year skating and it changed my life forever. The owner of my hometown park Modern Skate & Surf told me about a girls contest they were having at a skatepark in Ohio which was pretty close to me so we drove there and that was the very first time I ever skated with other females or even knew there were a community of girl skaters that existed. It gave me so much hope and reassurance that if they can do it in a society that tries to tell you what’s “right” and “wrong” to do, then I could too.

Since then GRO has inspired me to start a crew in my hometown of Michigan held at Modern Skate & Surf (@michigangrocrew) and most recently in Los Angeles held at The Berrics (@girlsskatela) they are monthly skate session for girl skaters of all ages/ all abilities.

Never have I attended a skateboarding event that felt so uplifting and welcoming. The vibes there for sure, and so different from any other event. This was my first time in New York and everyone made me feel at home, you definitely don’t get that everywhere. The House of Vans is such a sick park/ venue, everyone involved was so helpful, and everyone I got to meet were so special.

There were literally females just walking by the venue that came in and tried skateboarding for the first time ever and by the end of their session they couldn’t wait for the next time they could skate again and wanted to know when the next GRO session was. This is what the evolution of skateboarding is all about, investing in the future. GRO has and is doing just that, inspiring and empowering girls from all over the world for 10 years now and I can say that I wouldn’t be the skateboarder I am today if I would’ve never found out about it. I have to shout out to Courtney Payne-Taylor, the founder of GRO for putting her heart,soul, time, and energy into this organization and inspiring so many of us. I encourage all girls, if you ever have a chance to attend a GRO session, guarantee you will have a time to remember!

NYSkateboarding.com is powered by the community. If you would like to contribute please contact us at [email protected] 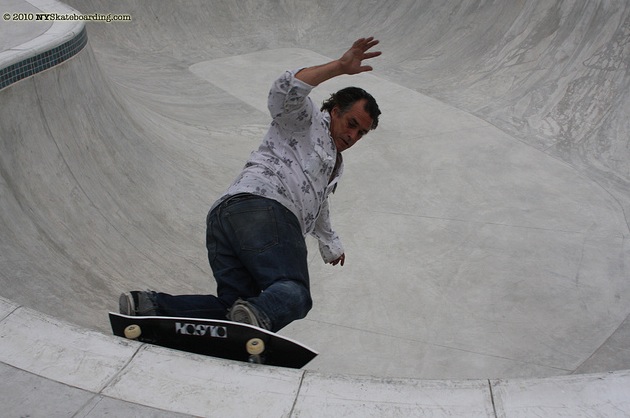