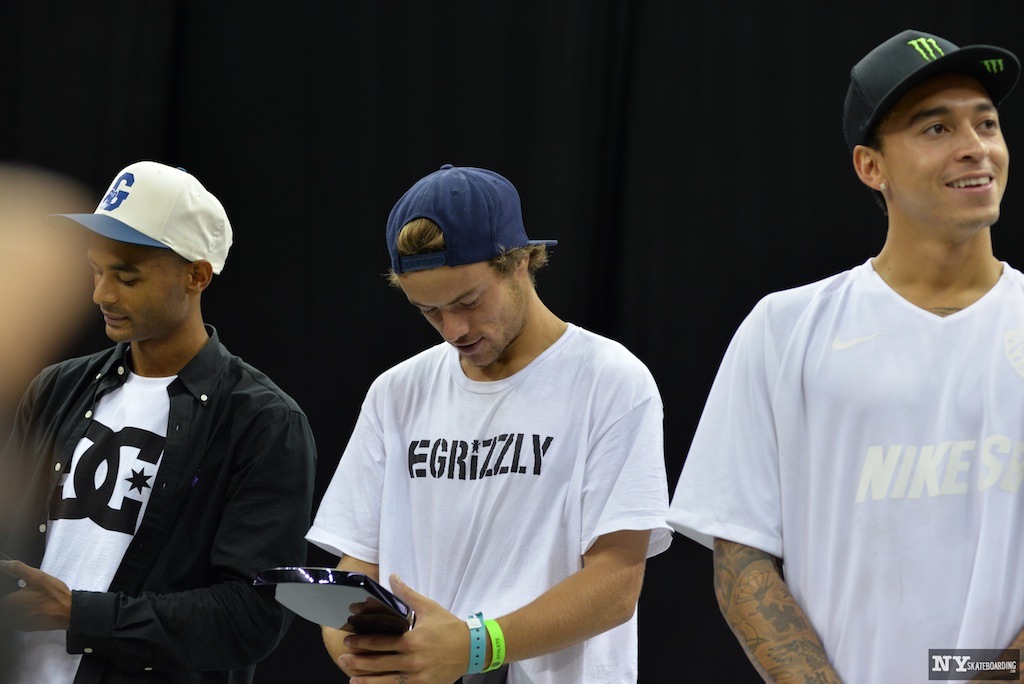 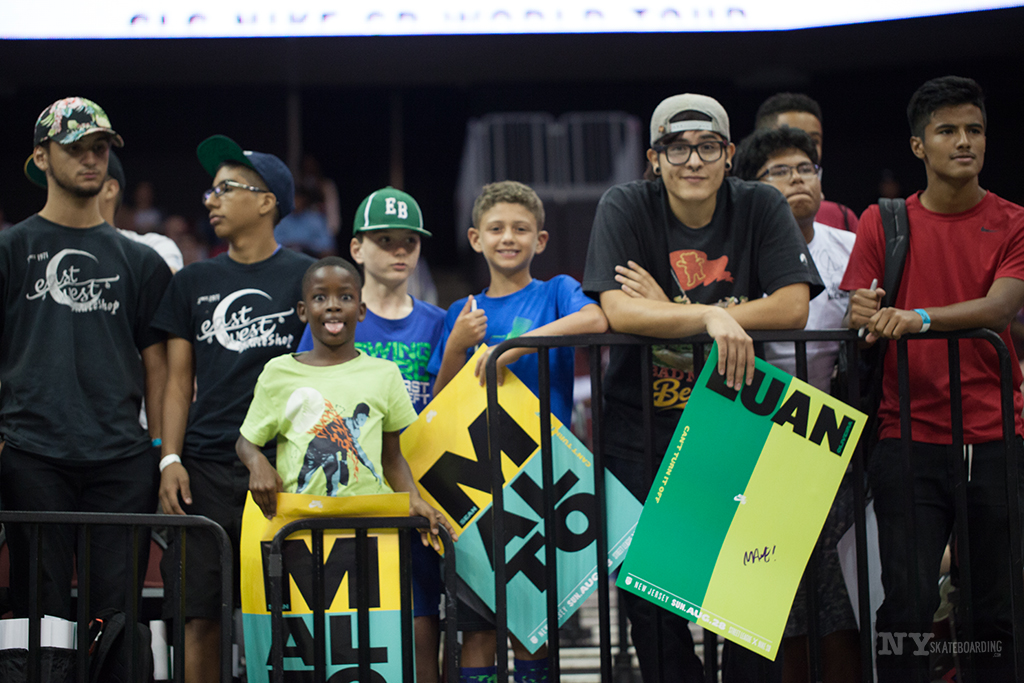 The sound of announcers over loudspeakers mixing with the dull roar of an arena-sized crowd greeted us into the Prudential center on Sunday. Kids were running trying to meet their favorite pros and get their posters autographed. On the course the pre-lims were in full swing. The level of skating was turned up from the previous day by a few notches for sure.  Welcome to Street League’s Newark stop 2016. 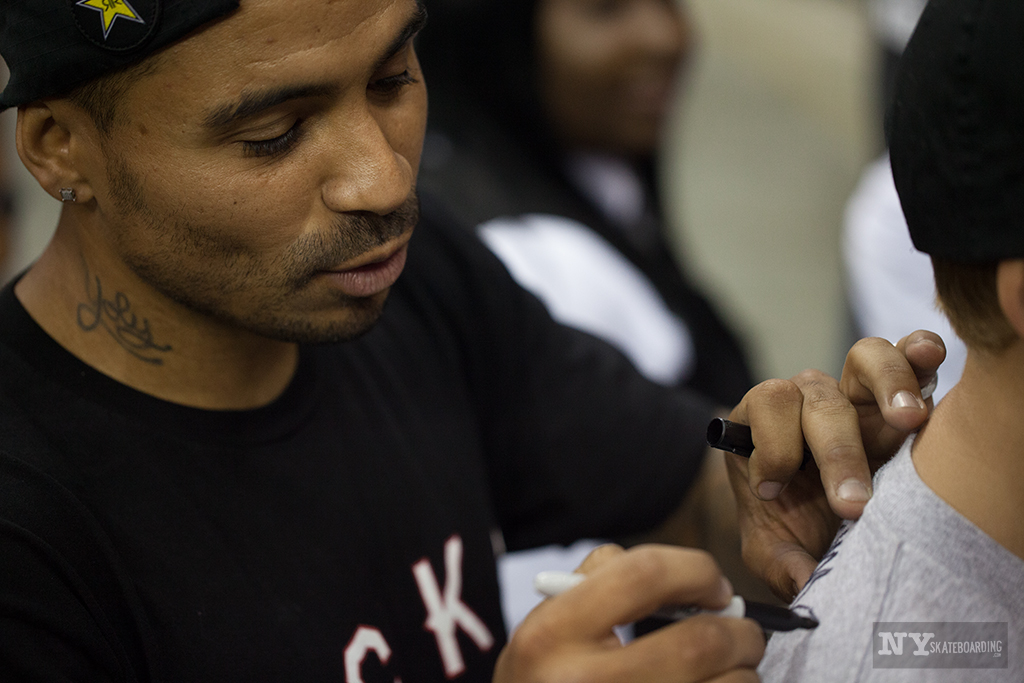 Always a crowd favorite wherever he is, Manny Santiago had kids jumping over each other to meet him and get their photos taken with that famous MSA smile. The mood was fun inside the arena, although it’s weird to hear people boo Nyjah like he’s the away team or a villain or something. One guy stopped groaning about Chris Joslin losing to Nyjah after his last trick only long enough to ask “what did Nyjah even do?” Everyone ripped so it’s hard to understand people not being stoked on watching Joslin’s Ghetto bird down the 12 immediately backed up by Nyjah’s 270 backside noseblunt.

Overall, the experience was great. When you really look at it, it’s any other skate contest, just on an exaggerated scale. You have your skaters going hard for prize money while fans, kooks & cool guys taking it all in. Nyjah got his first win of the 2016 season while Chris Joslin managed to clinch the last open spot for the Super Crown World Championship taking place in LA October 2nd. 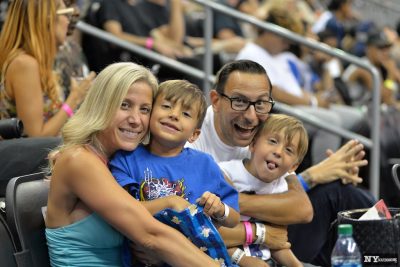 One benefit of everyone in town for the week is that you can bet their will be some NY footage trickling down onto the internet at some point. You can see in the photos a lot of New Yorkers turned out to catch the skating and hang out with friends. Congrats to everyone who was invited to skate in Street League this year and good luck to everyone in Super Crown. 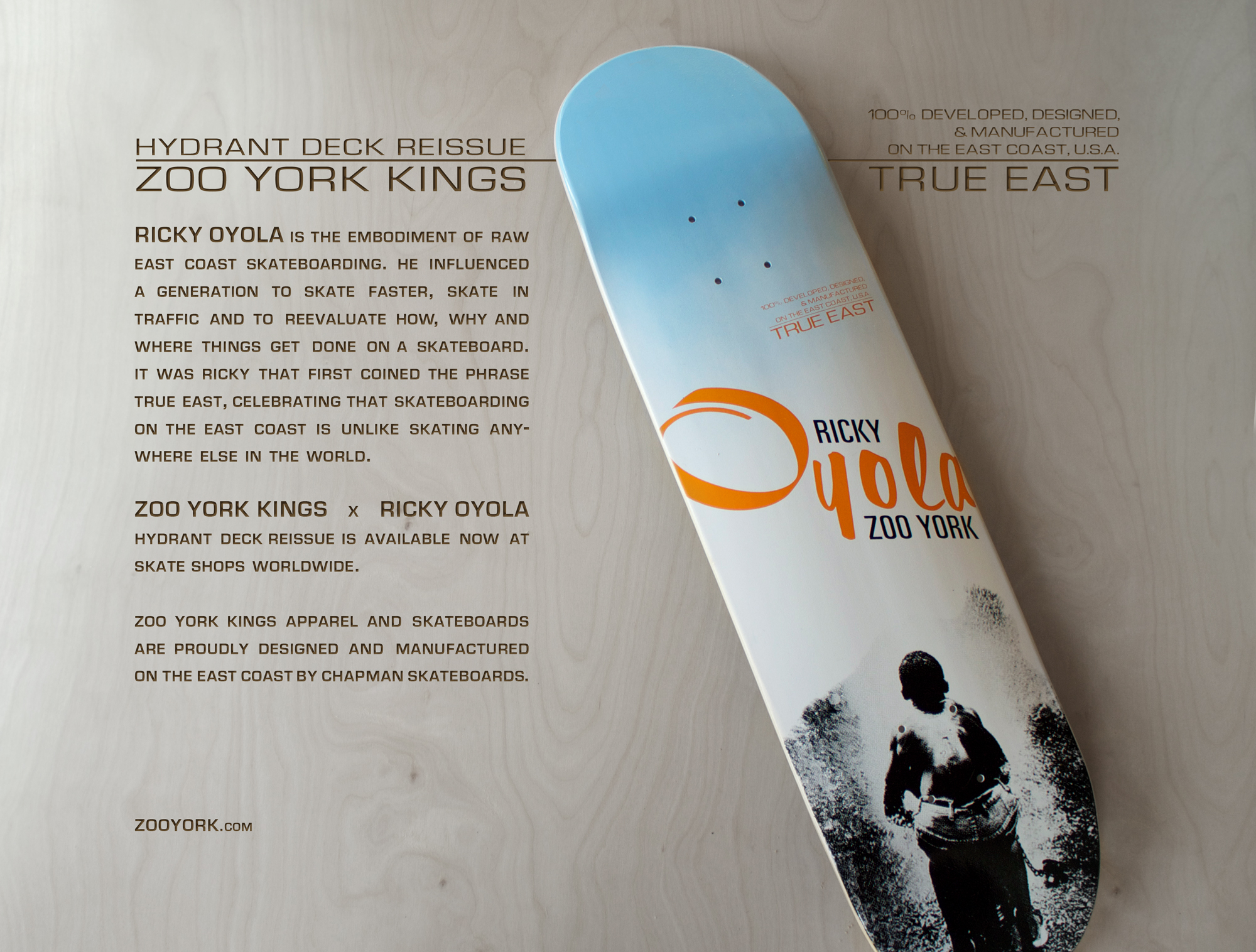 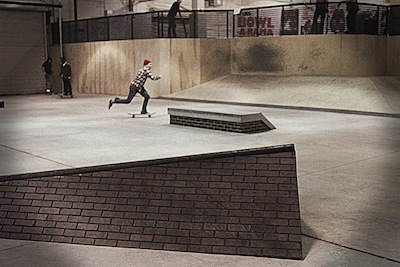 Agenda NYC After-Session at The House Of Vans (2011) 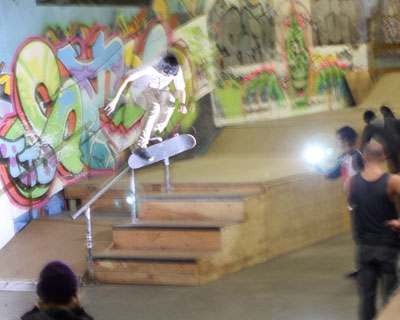 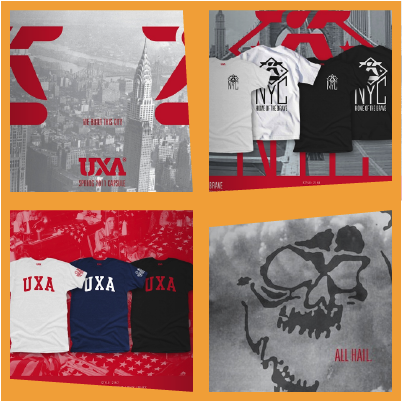