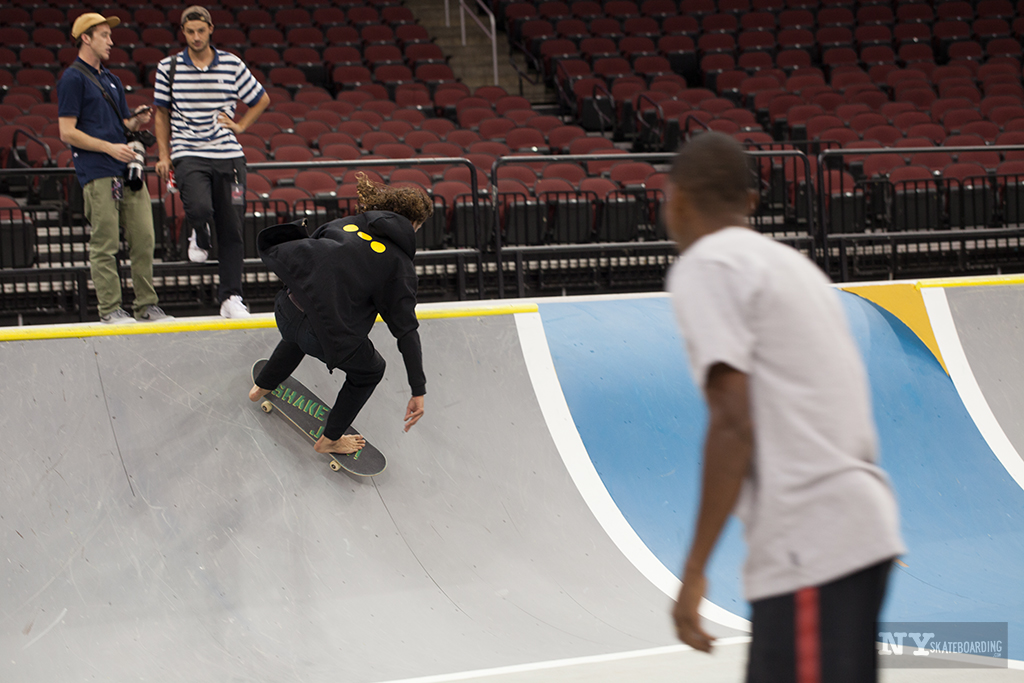 SLS Nike SB 2016 is in the books and we’ve got the recap of the weekend coming at you in two parts: Behind the Scenes at practice on Saturday and the main event on Sunday coming up next. Practice is a whole different event from what happens on Sunday. It’s such a relaxed atmosphere that it’s hard to imagine only 24 hours later it’s home to a full arena of people and millions of viewers around the world. One of the highlights from Saturday was Evan Smith who warmed up barefoot before putting on shoes and flying all over with a huge smile on his face. 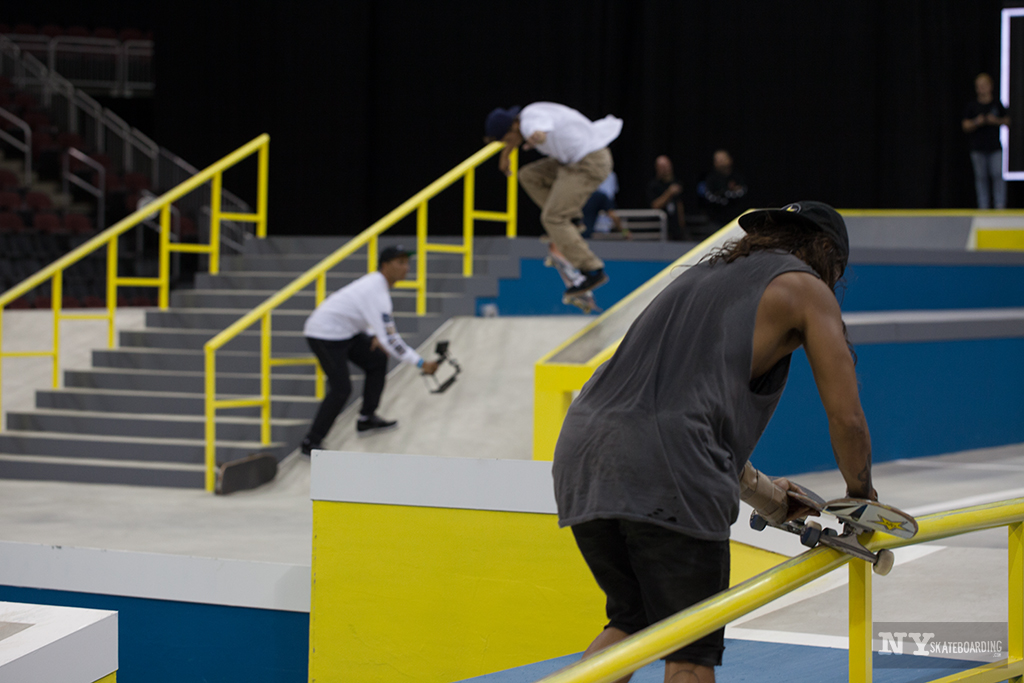 On the course, everyone is getting used to everything for the first time, GoPro captured a good deal of it too. Every skatepark has it’s quirks and odd designs, this year’s Newark course was no different with gaps that added a little bonus injury factor to the kinked rail. Another odd part was the step ledge that had a hole on each end where boards could get lost and take some time to recover.

On the sidelines, the crew that puts on the live feed is busy checking the cameras, testing the jumbo-tron and all the wiring for the big show. Paul Zitzer from Skatepark of Tampa was on hand to oversee the production.

We saw a lot of locals pop up during the day too. Jaime Reyes, Damon Hall, and Alex Corporan were hanging out on the course catching the course get destroyed as everyone started to find their lines.

It was a good way to spend a Saturday. As it wound down and we packed up to leave we passed by some of the behind the scenes stuff that makes you realize how big skateboarding is today. Having a skate contest in the same arena where the New Jersey Devils play is pretty insane when you think about it. We left excited to return for Sunday to see the contrast from the chill Saturday we just enjoyed.